so I cleared a space in the study and set to stripping the walls :

should be made to remove it from every house,

then be slung in a pit with the inventors of 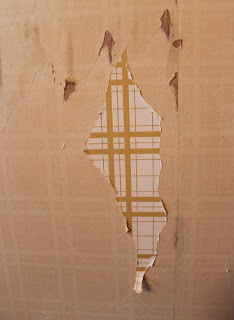 after painstakingly picking off the plastic layer ....

a scraper or soaking won't budge it plus
I ripped a nail which is really painful!* 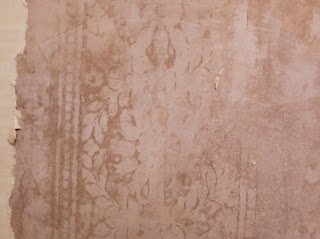 and steaming off the paper backing :

a pattern appeared on the plaster : 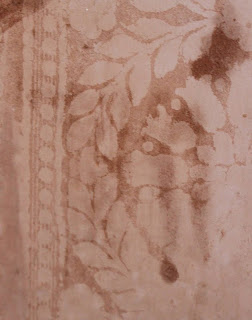 floral designs of a past paper :

a glimpse of a previous life ~ before we came here :

I have a strange notion that buildings give a feeling

of good and bad karma :

have you ever felt that?

think of an old tape cassette :

a magnetic strip that records sound :

even when you tape over it,

it leaves a trace of what was once before :

Email ThisBlogThis!Share to TwitterShare to FacebookShare to Pinterest
Labels: old paper patterns on my wall