♲ it won't stop me from recycling

it's easy to feel that whatever you do ~ it won't be enough :

the results of the Copenhagen climate summit this month have been given negative press from all sides :

Greenpeace, as ever, rallying up and pushing for more : 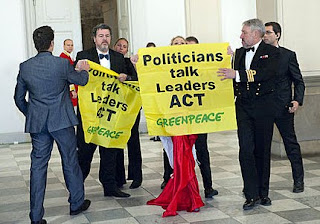 it's easy to think that sorting your paper, glass and tin is but a microbe in the ocean

when some newly industrialised countries ~ like Malaysia and South Korea, now have emissions higher than many European countries :

Malaysia's emissions are four times what they were in 1990 ~ per head of population, that's equal to the UK's:
Saudi Arabia's emissions have doubled ~ per head now beats all European countries except Luxembourg:
Qatar's per-capita emissions are four times those of the US:
it's easy to get gloomy over such statistics :
what we need is some balance :
the richer countries helping the poorer ones with all aspects of their environment :
stepping up to the plate and admitting they need change too : 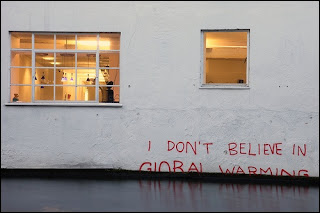