☯ the old and the new

I love East London and it's mix:
shops, warehouses, homes: 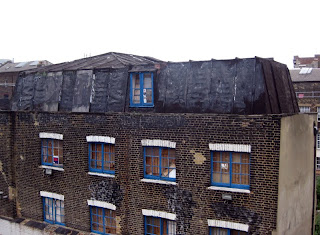 past lives and working lives: 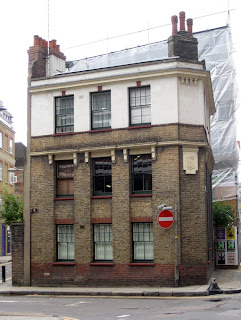 the old being nudged by the new: 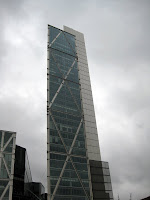 or is it?
there are echoes of the old being kept alive
by historians and poets and creatives:
more so in this digital age than perhaps
years gone by:

I stepped through this door for another evening
at
'salon' 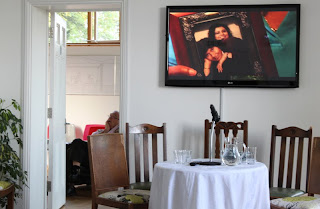 first a showing of the excellent film East End Heritage by
Phil Maxwell & Hazuan Hashim
split screen black and white images
of the Old Spitalfields Market
Petticoat Lane and surrounding streets:
armchair interviews and recollections:
the pub landlady who could set her clock by
two ladies who sat in the same place,
same time, every day:
a glass of sherry and half of Mathesons:
if one wasn't well the other would stay home
making the regulars concerned:
photos of families at Christmas:
"presents! the men looked after the women,
bought them a nice gift.  that way they
could go out for a drink later" 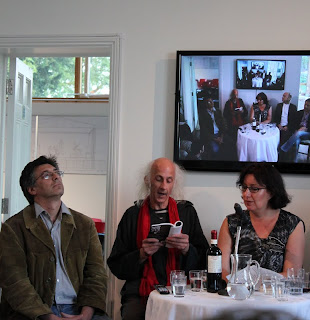 poems translated from the Yiddish poet
Avrom Stencl
and read by Stephen Watts:
later he treated us to his own epic
prosaic stroll down Brick Lane:
the man I could listen to all day is Alan Dein:
exploiting the archives of the BBC and
mixing them with interviews of
people today:
love his ideas of bringing history to the
present:
impassioned by
the Bangladeshi community when they forged
new alliances to oppose racism
in the 80's:
the notion of everyone having their 'own patch'
is not a new one:
drawing people in to consider what
had been on the site of a 60's tower block:
go here and listen to this fantastic
sound map
trust me you'll be enchanted:
just as I was:
*apologies for strange spacing on todays blog: think blogspot has issues haha
Posted by chocolategirl64 at 18:32