I've not heard the new Prince album yet:
it was given away for free with the Daily Mirror this weekend:
reports are mixed:
there's something about the purple man that's compelling:
his charm, musical seduction, self-assuredness:
Libbie and I have been watching the last ever series of
Big Brother on Channel 4:
it too is fascinating and we are strangely drawn to their self-absorbed personalities:
at first:
then we learn what they're really like:
what drives these people to put themselves into the BB house:
to be scrutinised and watched by thousands?
they are dependant on others for admiration:
inside the house and outside from the viewers:
these self-lovers make an impression on us:
look good, sound confident, charming:
hang on.... {grabs dictionary}
narcissism: noun    excessive or erotic interest in oneself and one's physical appearance. extreme selfishness,     with grandiose view of one's own talents and a craving for admiration, as characterising a personality type
in real life, we come into contact with such characters:scratch the surface and all becomes clear:we find them out and move along: who needs arrogant, self-absorbed, exploitative reality show players, friends or lovers?but do they learn?behaving selfishly or arrogantly seems to bring them a warped admiration:they love it, as long as they're being listened to:the wise step aside:the narcissist goes to seek out new worshippers:
real narcissists don't see this cycle:they're too wrapped up in the new congregation:and if you pointed it out they wouldn't see it:
but life without them wouldn't be so colourful:in this media rich world they are everywhere:your social circle, family, work:get used to them?as long as we enjoy them when we want:and switch off when we don't: 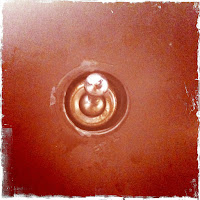 Email ThisBlogThis!Share to TwitterShare to FacebookShare to Pinterest
Labels: narcissus is dazzled by his own reflection missing all of ours